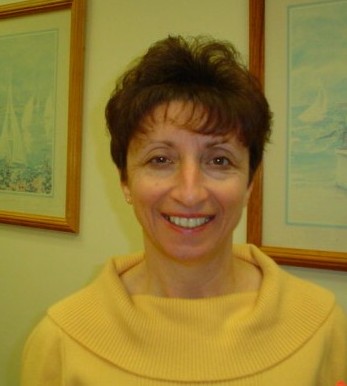 wenty years at the Virginia Military Institute, positions in which I served included Director of the Miller Academic Center, Director of Learning Programs (including tutoring,  peer mentoring, workshops and faculty development), and Associate Director of Disabilities Services.  My work with the general population of cadets as well as those with learning disabilities was been enriching, rewarding, and enlightening.

I have seen the reality of the statement “the freshman year in college is not Grade 13”  that reflects the academic and culture shock college freshmen experience across the country each year.  Like many other freshmen, our cadets come to VMI with histories of academic success and impressive leadership experiences, but many quickly discover that the habits and skills that worked in high school don’t work as well in college.  In retrospect, these students recognize that they didn’t have to work very hard for their high grades, often referring to high school as a “joke.”  In college, the playing field has changed, course material moves at a much faster pace, time in class is reduced, and professors expect higher levels of thinking.  The bottom line for students is that the responsibility for their learning shifts dramatically from their teachers to them, since they are expected to do much more in and outside of class than they have in the past.  For students who find themselves overwhelmed and doubting their ability to succeed in college, we often first have to reassure them that changes in performance are not unusual, not predictors of failure, and not indicators of intelligence, but rather the need for new and more effective skills.  The majority of these fall under the umbrella of Executive Functions.

Over the years,  I have seen the differing patterns in attitudes and behaviors that led some cadets down the path to graduation and others to suspension.  With few exceptions, aptitude has not been the issue, but rather Executive Functioning skills, among these goal-setting, organization, attention, problem solving, strategy shifting, decision-making and realistic self-awareness.  Given the importance of these areas and the fascinating research findings in the neuroscience and cognitive sciences related to learning and the brain,  understanding and development of Executive Functioning was incorporated in Miller Academic Center programs and services, including individual coaching, mentor and tutor training, and faculty development workshops.

My decision to retire from VMI and begin academic coaching and Executive  Functions consulting was based on overwhelming evidence that these are critical areas for success in all areas of life, and that professionals who have training, experience, and enthusiasm can make important contributions to the development of Executive Functions in the academic and business worlds.  I realized that instruction in the development of Executive Functions can and should begin before college.  As one student expressed “I would have done so much better at VMI if I had learned some of these skills in high school.”

I have found wonderful fulfillment working with students – seeing their self-confidence increase as they discover strategies that work, celebrating successes and learning from setbacks.   I can’t imagine more rewarding partnerships than those with students and organizations that recognize the importance of Executive Functioning in their success and support the development of these skills.